Your Dedicated Farm Vets Near Thame

Evan David was born in San Francisco, California, and grew up there until 1986 when the family moved to Aberdaron in North Wales for a year’s sabbatical. It was during this time he started working on a neighbouring beef and sheep farm, and continued to do this every summer until graduating from Liverpool University Veterinary School in 2003. During his studies at Liverpool much of his work experience took place on large Dairy Farms in Northern California, which is sometimes shortened to NorCal by locals. This was an invaluable experience in modern, large scale dairy farming. After graduating as a Vet from Liverpool, Evan’s first job was a farm vet in Somerset which he held for 2 years until he and his wife Clare decided to move back closer to family in Marlow. Evan then worked as a farm vet for Hall Place Vets in Marlow who were then bought out by Larkmead Veterinary Group shortly afterwards, hence his move there. Evan’s progressive, friendly, common sense, hands-on approach to veterinary work, won a lot of respect from the farming community in the area. In 2010, Evan took an offer from H&C Pearce to open a large animal practice on their site. Evan founded NorCal Veterinary Services in November 2010 to provide farmers in the area with a high quality relationship-based veterinary service. His interests are football, water-skiing, surfing and spending time with Clare and their children.

Alex joined NorCal in October 2017 from Romania. He enjoys all aspects of farm practice, with a particular interest in equine work. In his spare time Alex likes taking his dog Max for long walks and socialising with friends at the pub.

Becca graduated from RVC in July 2018 before joining NorCal as her first job. Originally from Twickenham, she wanted a lifestyle change once she discovered her love of farm animals throughout her time at university. Outside of work she enjoys enjoys climbing, baking and spending time with her friends

Kathriona joined us in March 2021 after graduating from University of Veterinary Medicine Budapest. She has a farming background, having grown up on a small suckler farm in Mayo on the west coast of Ireland. Outside of work she enjoys walking with her border collie and playing Gaelic football and soccer. Kathriona is interested in all areas of farm animal practice particularly preventative medicine.

(currently on maternity leave) Jo graduated in 2013 from the University of Liverpool and previous to this completed a degree in Animal Science at the University of Nottingham. She joined Norcal in October 2014 after working in mixed practice in the Cotswolds. Jo is a local girl, having grown up around Waddesdon, she knows the area well. Much to many clients disappointments Jo now works for us on a part-time basis allowing her time with her little boy Jack and to support the farm at home. Outside work, when she is not farming, Jo keeps fit by going to bootcamp sessions and training for half marathons. She also enjoys catching up with friends over a good cup of tea, a biscuit or a large glass of wine after a hard day at work.

Clare David graduated from the University of Liverpool in Veterinary Science in 2003. She has worked in predominantly small animal practice since. She is currently at home looking after the children and running the household. 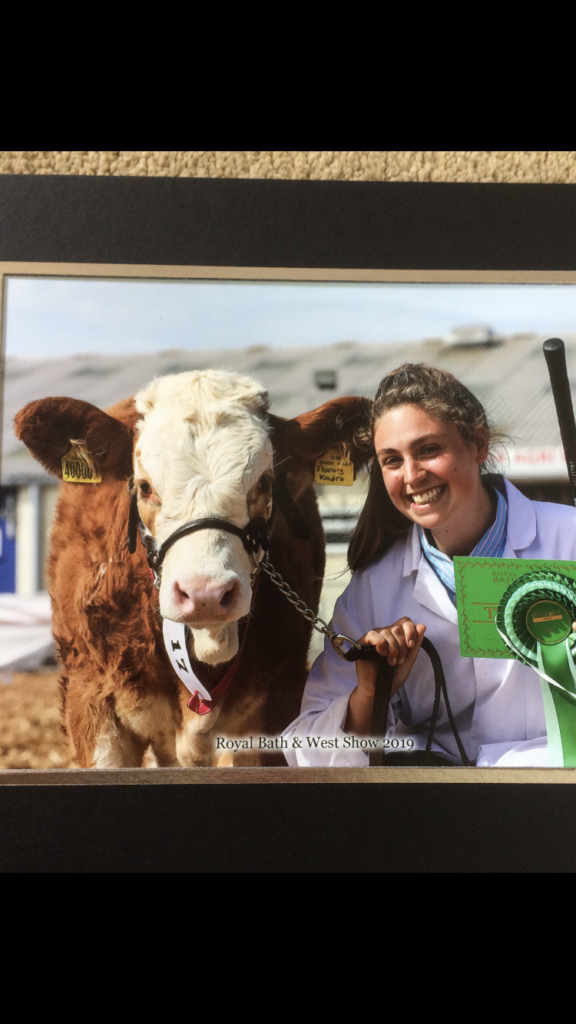 Jenni joined NorCal in November 2021 as a Vet Tech/Tb Tester/AI technician. Jenni has plenty of cattle experience having grown up on a beef farm and setting up a herd of Dexter cattle from the age of 9. In 2016 she set up her own herd of pedigree Simmentals that she breeds and shows throughout the year.

Dawn has been an invaluable staff member since the business was set up. Dawn is a local farmer’s wife, with extensive farm knowledge and experience. She is also a keen baker and often supplies the office with treats!

Megan joined NorCal in March 2019 and helps run the admin side of the practice.

Mel joined in 2015 and helps run the admin side of the practice. Prior to working at NorCal, Mel worked on a small farm outside of Aylesbury. She loves spending time with her horses and dogs.

Evan will be giving a talk on the 17th of February

Moving day! The one and only time you will see Eva

@beccacollins94 giving a helping hand to this poor